This article on treated pine appeared in the February 2009 issue of ‘Burke’s Backyard’ magazine. The bottom line is this: relax! Treated pine is safe to use in gardens, but if you are worried about the old-style arsenic-treated pine, the new stuff – ACQ treated pine – is arsenic-free and becoming easier to find.

Lots of people worry about the safety of treated pine sleepers for vegie garden beds, but new products and sound research should ease organic gardeners’ fears.

One of the most popular ways to edge raised vegie garden beds is to use timber sleepers of some sort. And that’s where people start to worry. They know that the famous poison arsenic is part of the treatment used to preserve the most common sort of treated pine – CCA treated pine (which stands for ‘Copper Chrome Arsenate’). The understandable fear is that the arsenic will leach into the soil and enter the plants. Considering that almost all backyard vegie growers these days are growing their own food organically, with the emphasis on chemical-free, healthy plants, the idea of poison lurking in their organic-rich soil is definitely not on. No way, Jose!

Arsenic fears
The evidence against CCA treated pine isn’t strong, but the simple fact is that lots of people don’t trust it, won’t trust it and won’t use it because it has arsenic in it. And for them there is good news. There’s a new form of treated pine around called ACQ which is free of arsenic and chromium and offers real peace of mind, so see our box story on ACQ treated pine for more details on this.
But back to the CCA treated pine, as this is far easier to obtain than ACQ treated pine at the moment. First of all, why do they use copper, chrome and arsenic to treat timber? Well, the copper controls fungi and marine borers, the arsenic controls termites and other insects, and the chromium fixes these two chemicals in the timber.

There is little evidence that the arsenic in treated pine leaches into soils. Where the real concerns lay is when CCA treated pine is used in playground equipment, where toddlers, who will put virtually anything in their mouth, run the risk of chewing on a scrap of timber or soil which lies next to treated timber. Another real concern with CCA is when woodworkers cut it. Breathing in the sawdust from treated pine is a health hazard, and you should always wear a dust mask when cutting it, and keep spectators away. CCA treated pine should also never be burned, nor should it ever come in contact with drinking water.

So, with all those warnings, it’s no wonder that people shy away from CCA treated pine. But, as we have said earlier, there is little credible scientific evidence that when used as an edging material for garden beds, that it leaches arsenic into the soil.

ACQ treated pine
This is the new, safer type of treated pine that everyone can use with peace of mind. It has just one drawback right now – it’s hard to find, sometimes very hard or impossible to find, depending on where you live. But it is available, and become more readily available. If you try to find it this year and cannot source any locally, try again in a few months’ time.
The letters ACQ indicate the use of Copper and Quarternary Ammonium Compound to protect against fungi, termites and other wood-boring insects. It is identical in performance to CCA treated pine. ACQ treated pine looks much the same as CCA treated pine. Both start out green in colour, then weather to grey over time.
ACQ timber is not generally stored as a stock item in mainstream stores such as Bunnings, Mitre 10 or timber yards but it can be ordered by them. Pine Solutions is a distributor of ACQ timber. If you call them they will try to put you in touch with your closest timber yard and help you place an order.

Contacts
Try your local timber yard first. If they say they don’t know about ACQ timber, find a yard which does, or at least suggest that they get in touch with Pine Solutions so they can order the timber for you. Pine Solutions is not a supplier – this firm simply facilitates access to the product. Pine Solutions can be contacted on 13 23 21. The supplier closest to Sydney which regularly has ACQ timber is LM Hayter and Son, 950 Silverwater Rd, Werombi, NSW; phone (02) 4653 1352. In Victoria, Bulleen Art and Garden, at 6 Manningham Road West, Bulleen, Vic, phone (03) 9850 5155, www.baag.com.au has stocks of ACQ treated pine sleepers. A standard 2.4m x 200mm x 75mm ACQ sleeper is $19.95 at Buleen Art and Garden.

Eco Wood
Another product on the market which is also arsenic-free and said to be suitable for vegie gardens is Eco Wood. This is used by National Parks for bollards and similar structures. It is more readily available – in Sydney, try Australian Native Landscapes on (02) 9450 1444.

Arsenic aplenty
As soon as people hear the word ‘arsenic’ they feel uneasy, but as Professor Ben Selinger pointed out in his story on arsenic in our February 2004 issue of ‘Burke’s Backyard’ magazine, “Natural arsenic is found in soils, food and drinking water (eg, Vichy mineral water)… Most natural arsenic in food is locked up as organo-arsenic (it’s high in rock lobster, mussels and prawns), and this relatively harmless arsenic passes through us unnoticed.”

Re-treat after cuts
If you have to cut treated pine, you will need to re-seal the cut surface to maintain its rating. However, the easy way to get around this problem is not to cut treated pine. Base your design for vegie garden beds on a standard size sleeper and avoid cutting it altogether. 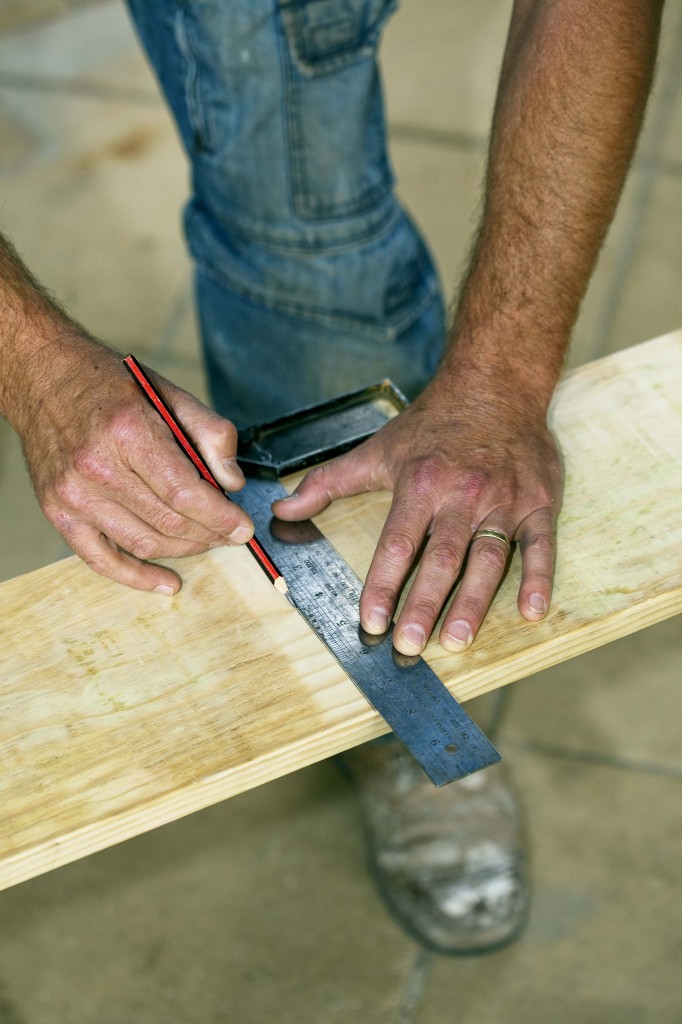 We get many queries about the safety of treated pine products – particularly where they are used around vegie gardens.

CCA timber contains copper chromium arsenate and the arsenic part of it scares people. There is no solid evidence that its use in vegie gardens is dangerous for people, but Australian authorities recommend against its use in areas that are touched a lot such as in furniture, in children’s playgrounds etc.

If you are worried about the safety of CCA timber there is a safer alternative called ACQ timber. This is alkaline copper quarternary and is very safe to use.

Or you can use hardwood (i.e. gum tree) timber or plantation grown native cypress – which is relatively expensive to buy.

If you use CCA or even ACQ timber, you might consider painting it with acrylic paint to seal it from the outside world.